Home > Blog > 100neHundred: dancing to remember the fight for the vote

100neHundred: dancing to remember the fight for the vote

Emily Wilding Davison is one of the most remembered figures of the women’s suffrage movement, iconic in her ultimate sacrifice of walking out in front of the Kings horse in the 1913 Epsom Derby. Images of this defiant act were projected on screens around the world and, at the height of suffrage militancy, it gave a moment of reflection and pause to the movement.

But Emily Wilding Davison was so much more than that singular action. Combination Dance, a Richmond-based dance company passionate about dance and gender equality, have worked with us on a series of community dance events. Through these we have collaboratively explored Emily’s life and the dedication of so many women – and indeed men – who fought for women’s right to vote.

The partnership began with a bespoke dance reflecting on Emily’s protest at the Derby, called ‘Deeds Not Words’. On an atmospheric, rainy day, Luke Toddfrey and the team filmed much of this footage at Epsom Racecourse itself, where Emily’s life is now marked with a memorial plaque and ribbons in the striking Suffragette colours: purple, green and white. Dance artist Chloe Mead retraced Emily’s journey, performing poignantly in this film, which also included archive items relating to Emily’s life from The National Archives collection. 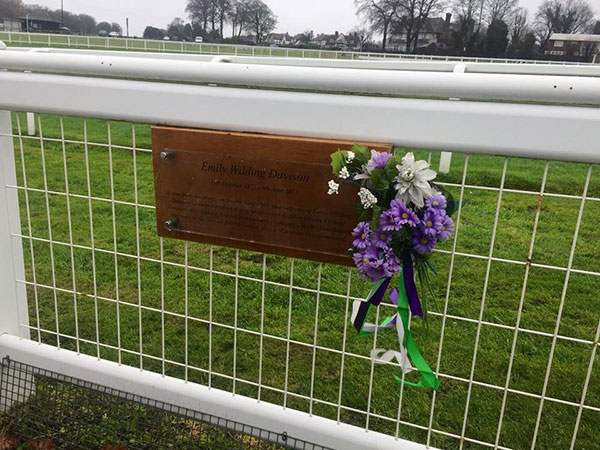 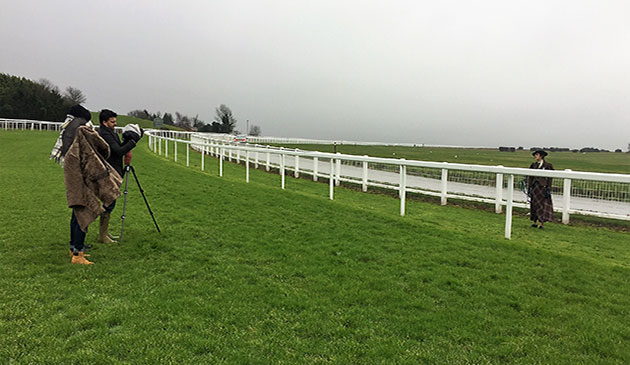 The journey from Victoria Station

This was film was followed by a striking public dance spectacle. On 6 February 2018, 100 years to the day from the passing of the 1918 Representation of the People Act, a unique and moving dance premiere was performed in bustling Victoria station. This was the location from which Emily took her now-renowned journey to Epsom racecourse in June 1913.  Performers included Combination’s professional company dancers, vocational students from Rambert School, and some local community performers from West London. They told the story of the suffragettes and the continuing battle for gender equality over the last century.

On Derby day, 4 June 1913, Emily travelled by train to Epsom. She positioned herself at Tattenham Corner, the final bend before the home straight, in sight of all the film cameras. Emily boldly ducked under the guard rail and moved out in front of the Kings horse, Anmer. 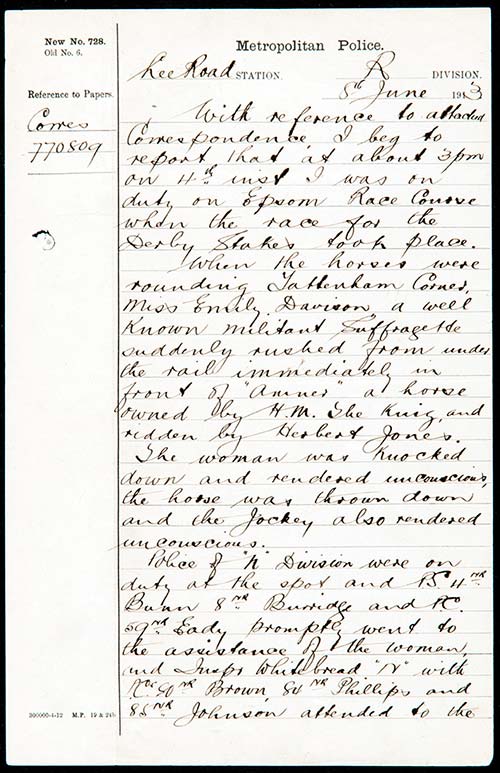 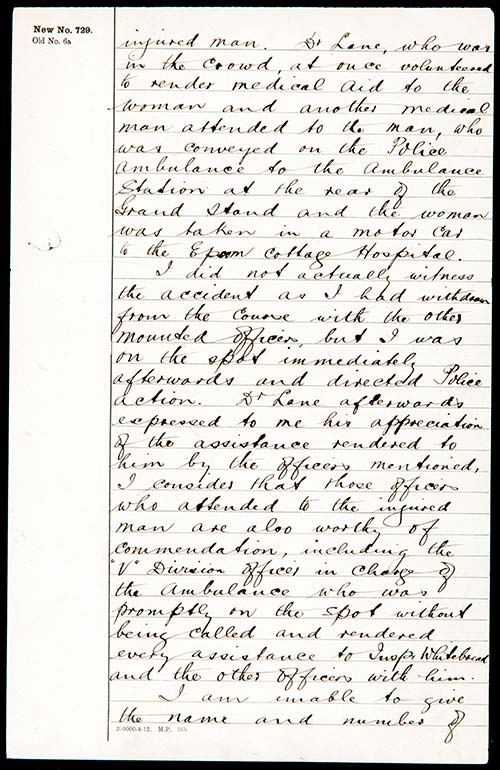 Police reports give alternative perspectives of Emily’s final action, including details about the suffrage flag she was holding. On impact, Emily and the jockey were knocked unconscious immediately. She died several days later on 8 June, from a fracture at the base of her skull.

Emily’s intentions are still hotly debated – did she mean to become a martyr for the cause? 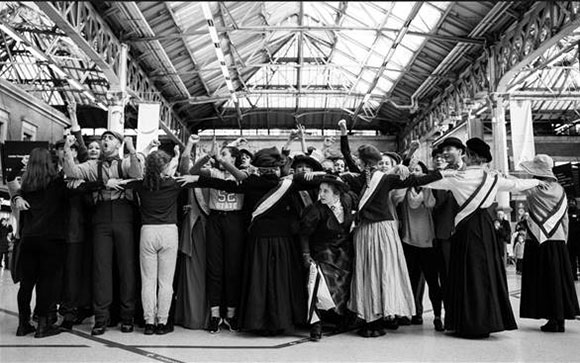 Performers reflect on Emily’s protest in front of the Kings horse, on 6 February 2018 at Victoria Station. 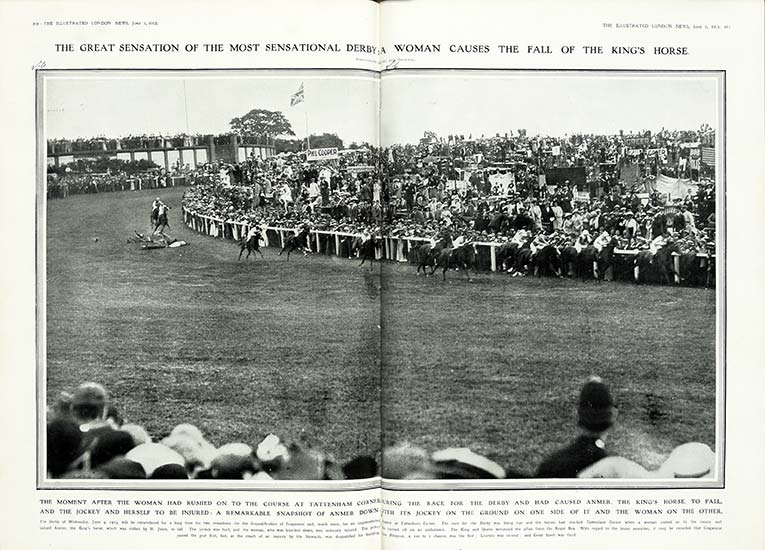 The King’s horse Anmer is brought down by suffragette Emily Davison during the Derby at Epsom, 4 June 1913. Catalogue reference: ZPER 34/142.

On 6 February, dancers reflected on this moment and the battle for gender equality in the hundred years since.

Watch a video of the dance at Victoria Station.

But what of Emily’s life before this moment?

Most recently, to mark 90 years of equal franchise – Emily’s ultimate aim – we took time to reflect on her life up to this fateful moment with schools and community groups. A key element of this was a solo performance that was curated specifically for our ‘Suffragettes vs the State’ exhibition space and focused on Emily’s innovative, early activism.

Emily joined the Women’s Social and Political Union in 1906 and was willing to undertake militant acts for the cause. She was believed to be the first person to instigate setting fire to post boxes and had many stays in prison due to her numerous protests.

On census night 1911, mass boycotts took place, orchestrated by the Women’s Freedom League, who advocated non-violent direct action. Rather than following this form of protest, Emily chose to make a different type of statement. On census night she sneaked into the House of Commons in an act of defiance, and she was ultimately recorded as hiding in the crypt of Westminster Hall.

Dancer Eve Dobel re-interpreted these archival records, hiding under the State’s desk in our suffrage exhibition, recreating this moment symbolically through dance. 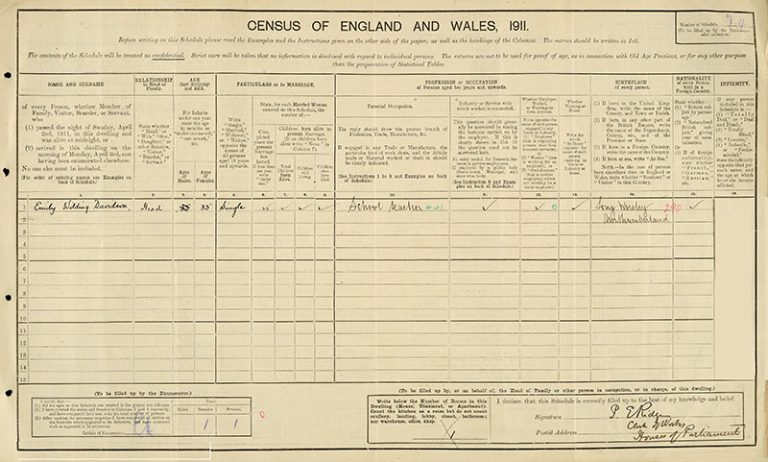 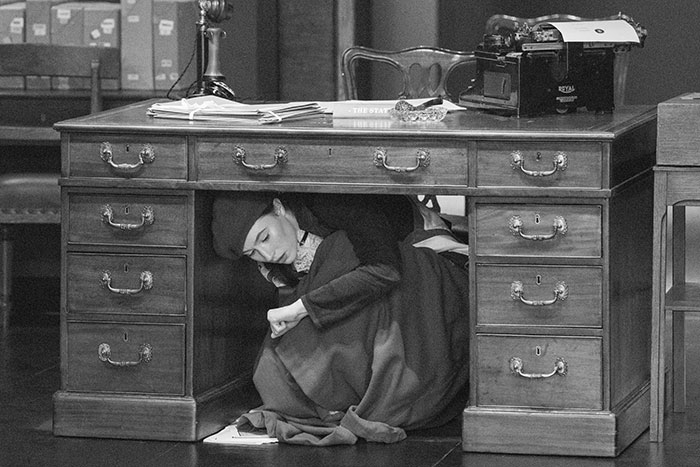 During a prison stay in 1912, Emily intentionally threw herself down the metal prison stairs in protest. This medical report comments on Emily’s mental health at the time and records her saying:

She would not have minded if she had killed herself.

A year later she had died in front of the king’s horse. 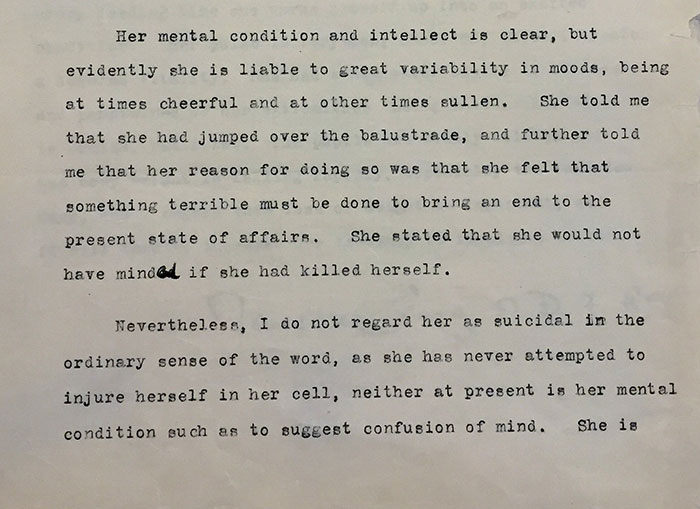 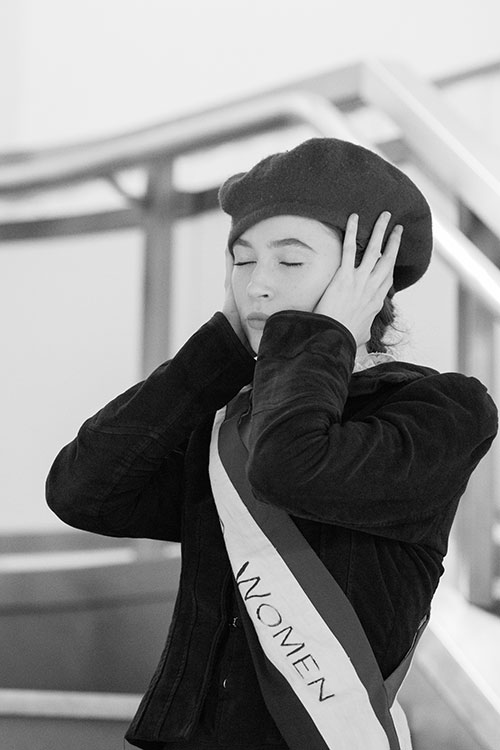 Dancer Eve explored what Emily may have been feeling at this moment, as she threw herself down the stairs in despair at the government’s position on votes for women. The performance was poignant and moving.

This solo was performed as part of a community dance event on Wednesday 4 July. One hundred and twenty community participants and young people participated in front of an invited audience, to reflect on 100 years since some women won the vote and 90 years since it was won on equal terms. You can see some of the wonderful, striking images below.

At the end of the event, all the participants were on the stage for a celebratory moment; there was an audible gasp when Philippa Bilton, descendant of Emily Wilding Davison, was introduced to the group of enthusiastic students. Descendant of Suffragette and Trade Unionist Alice Hawkins, Peter Barrett, also attended this event. You can hear Peter speaking at The National Archives this September about Alice in his talk ‘The working class suffragette’.

Working with young people to reflect on gender equality, through archive material, was a truly rewarding insight into the potential of both archives and dance. It was magical to eavesdrop on some of the conversations the young people were having about rights and democracy. We look forward to future collaborations with Combination Dance! 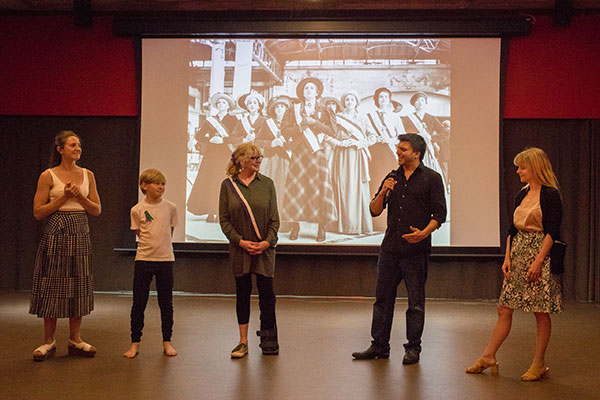 Photo from the event of Philippa Bilton, descendant of Emily Wilding Davison, being introduced to the audience. Images by Scott David.

Emily was far from the only woman to suffer for the cause; many women felt the lifelong impact of their physical battles with police, and consequences of hunger striking and force feeding.

Her incredible suffrage story is just the tip of the iceberg in terms of The National Archives’ collection. We have hundreds of records relating to the campaigns on equal suffrage, including women and men who fought for the vote in both peaceful and militant ways. Learn more through our ‘Suffragettes vs the State’ exhibition.

Gallery of images from 100neHundred, a community dance event 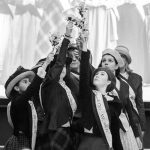 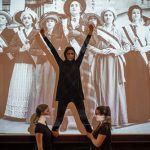 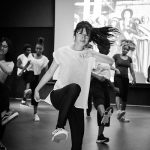 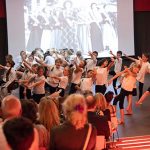 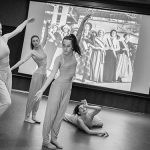 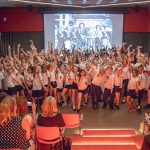 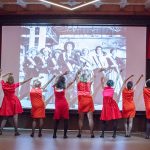 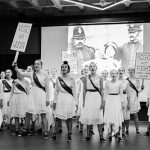 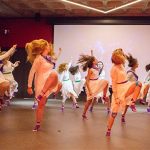 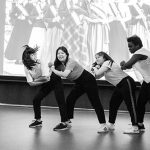 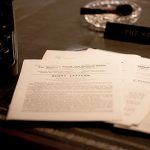 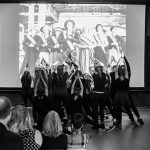