As an ‘Opening up Archives’ trainee I was set the task of preparing a community engagement project. Being a Polish national with a Master’s degree in History, I decided to research the post-war Polish community in Leicestershire. As it turned out, the Record Office for Leicestershire, Leicester and Rutland did not hold many records regarding this community, however, all of my colleagues mentioned that there were something called ‘aliens’ cards’ in our strongroom. So I started my project by going through this collection, which had been donated by the local police force in the year 2000, and which consisted of 93 boxes. This deposit has not only become my main source of information for the project’s statistics, but it also provides essential knowledge about Poles living in the county. 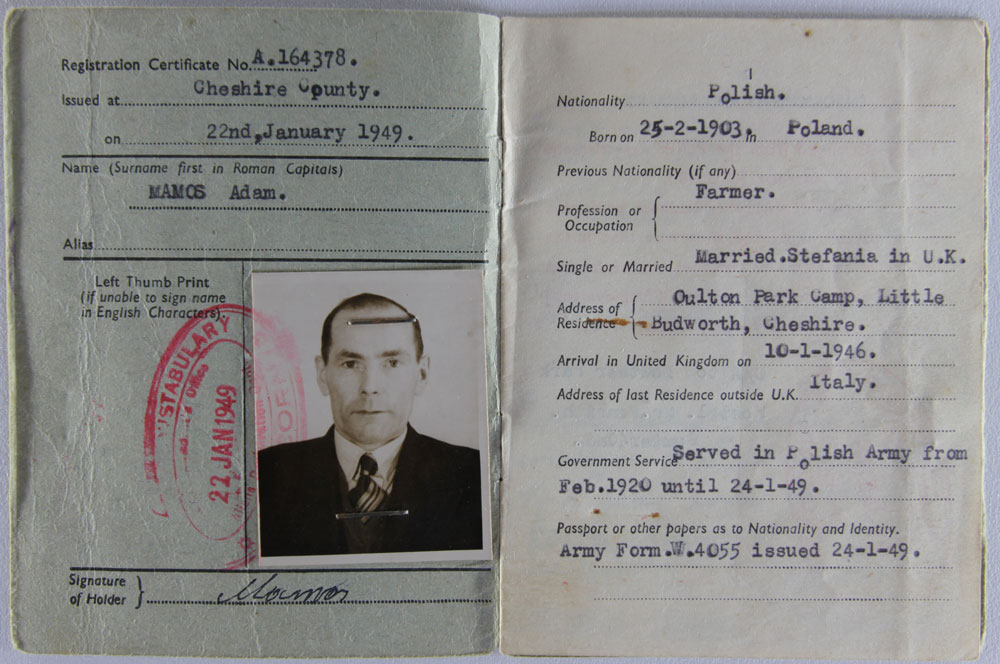 Polish soldiers who fought under the British Command in the Second World War, as well as their families who came to Britain in the 1940s, were obliged to register with the police under the Aliens Registration Act 1914. They had to inform the police of any changes to their: name, address, employment, marital status etc. Each ‘alien’ had their own alien certificate and were required to provide it any time should a police officer demand it. For those who lost or damaged their ‘proof of identity’ and those who neglected to notify the constabulary about changes in their personal circumstances, there were penalties ranging from fines to imprisonment. The aliens’ cards and certificates included, or should have included, information on the alien’s name, date of birth, place of origin, occupation, army service, date of arrival to the UK, employment history, criminal offences and addresses. Until 1960, when many Poles were exempt from regularly registering with the police, they had to maintain this close – and as I am told – sometimes very harsh relationship with the local authorities.

Based on the aliens’ registration cards, I have built an excel database of the Polish people who resided in or even just briefly passed through Leicestershire in the 1940s, 1950s and 1960s. Most of those who decided to settle in the county stayed in Melton Mowbray, Market Harborough, Loughborough and Leicester and worked in several famous companies such as: Pedigree Petfoods, John Rubber Bull, Wolsey, British Shoe, Corah Textiles and many others. I have recorded nearly 4,500 aliens in my database and one of them is my great uncle, who came to Leicester and worked for the British Shoe Corporation. Finding his registration card pleased me greatly as it gave me a personal connection to the project.

Another interesting aspect of the aliens’ cards is the Immigration Officers’ reports, which are sadly not available for all of the records. These reports consist of additional information that includes details of the Poles’ lives before the war, facts about their journey to Britain as well as their family connections to the other aliens. It is worth mentioning that many of these reports are summed up in an appalling and arrogant way, such as ‘Unintelligent type’ or ‘Typical peasant woman not interested in anything apart from household duties’, which is interesting in itself. 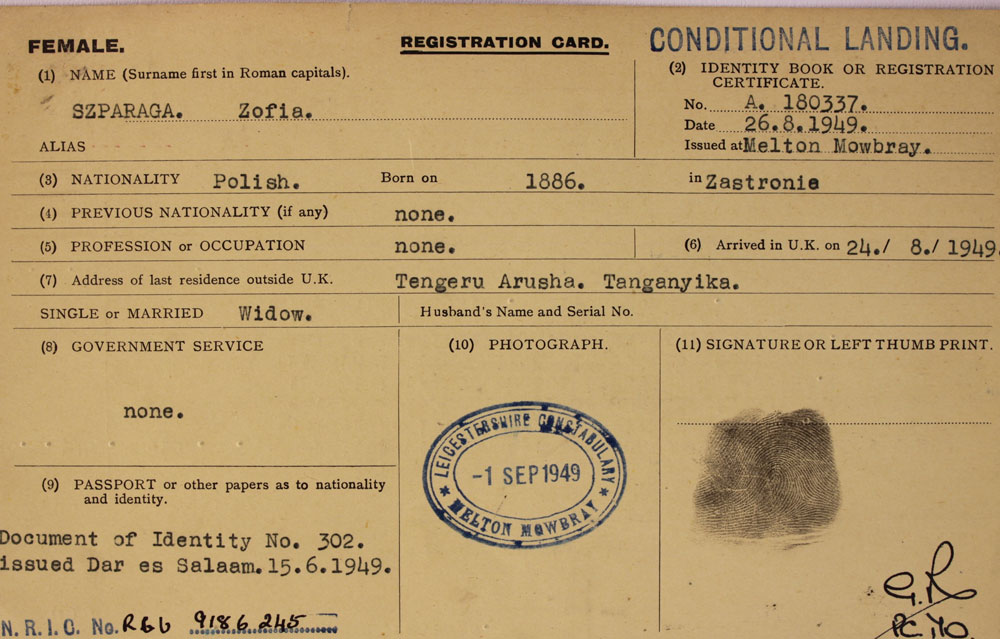 Many of the records I came to work with did not hold any information apart from the date of birth, name and marital status. Also I have discovered that many of the cards are missing from our collection. I became aware of this because of sporadic notes written on certain aliens’ cards which mentioned the destruction of their deceased partner’s records. All of this makes me wonder how incomplete my database is and how much information is missing.

For all of those who have foreign ancestors, I would recommend checking the archives or record offices for their relatives’ aliens’ cards as it could be a brilliant source of information. In my case, I am grateful that at least some of the records, including photographs and signatures, survived and are in perfect condition. I also have to admit that I am thankful that I live in a 21st century Britain where reporting to the police is not necessary every time I wish to change my place of work or go away for a few weeks; I simply can’t imagine doing that!

See The National Archives’ guide to aliens’ registration cards 1918-1957 for help and advice on searching these records.