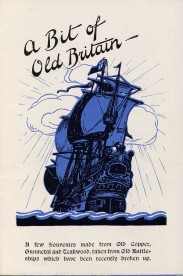 As part of my traineeship I’m creating an online exhibition at Northumberland Archives, showcasing items that reflect aspects of the maritime history of the area.

Though I was aware of some parts of this history, such as the region’s long association with the shipbuilding industry, I had little knowledge of other elements like ship breaking.

This pamphlet (see right) is from Hughes Bolckow & Co., battleship breakers based at Battleship Wharf, Blyth, Northumberland. The company bought in redundant ships and stripped and made furniture and other household goods from the fittings of the ships. It appears that the company had an extensive business and they sold directly from Blyth and from their London showrooms. 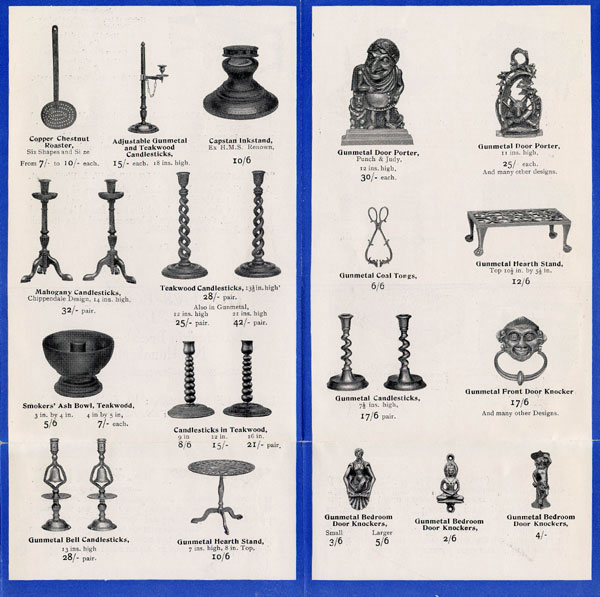 A bit of old Britain pamphlet inside illustrations (ref: NRO 2674)

I was quite intrigued to learn about the ways in which the company re-crafted the materials. The pamphlet explains that ‘the illustrations in the leaflet show a few pieces of useful furniture made from the timbers of Britain’s old Battleships. Each piece is carefully wrought by skilled furniture craftsmen. There is a sentimental attaching to the possession of one or more of these pieces, which gives them a distinction quite of their own.’

It’s pleasing to think that care and good workmanship was taken in the artistic design and creation of the re-use of the materials. Each piece took on a new form or function but still held an aesthetic and decorative beauty. Judging by the pamphlets the company seemed keen to acknowledge the origins of the materials and not to forget their original context, giving information about the history of each ship. 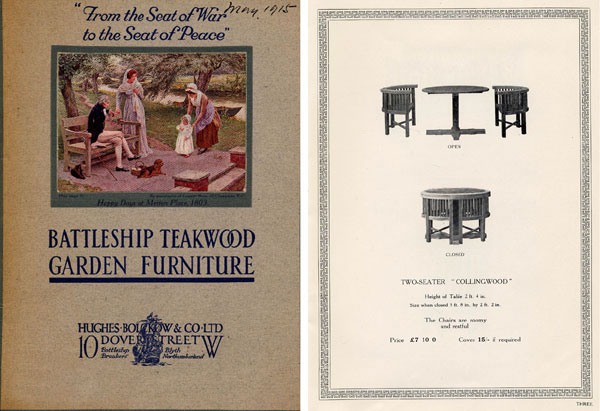 The garden furniture is made from timber from H.M.S. Collingwood, H.M.S Barfleur, H.M.S. Southampton, H.M.S. Centurion and H.M.S. Renown.

As well as making individual household goods this leaflet below is an example of how they could also completely fit out a house with reclaimed timber! 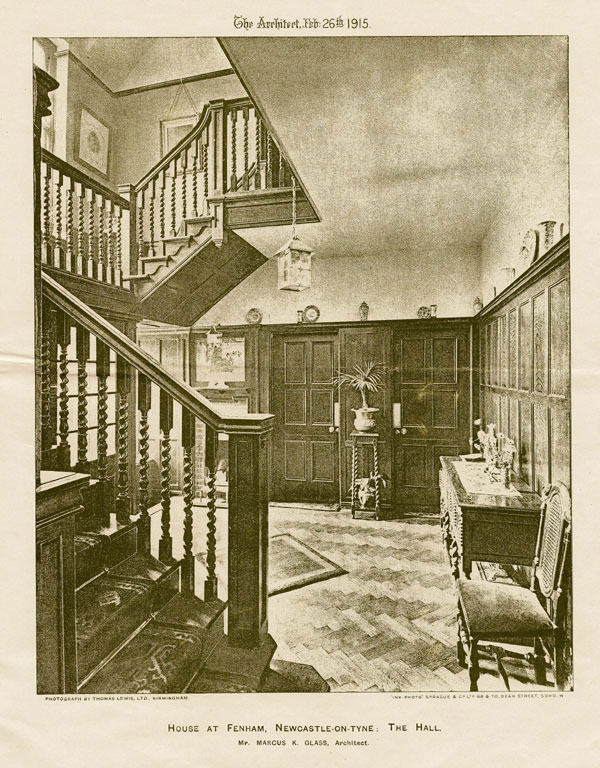 The online exhibition will be completed soon and once it goes live there will be a link from our Archives exhibitions menu page.