My Tommy’s War: east of the River Jordan 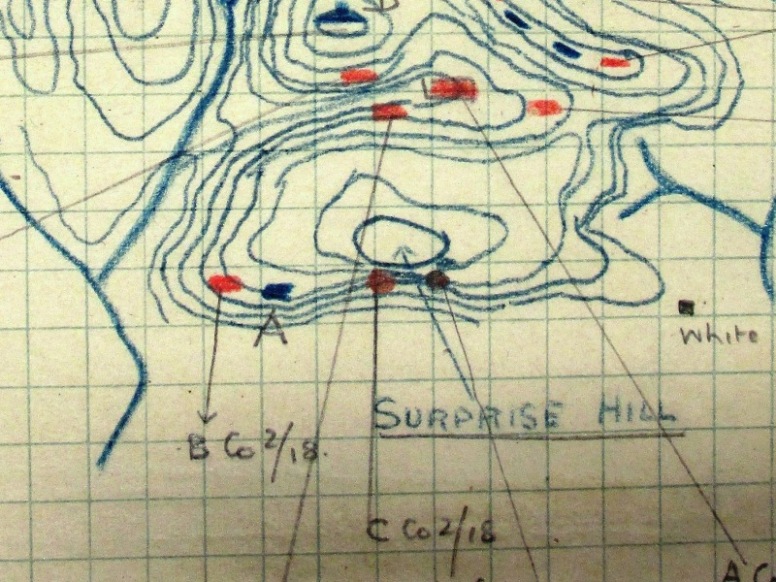 Frederick William Beament, my great grandmother’s younger brother, fought in the British Army during the First World War. He died on 2 May 1918, aged just 21. 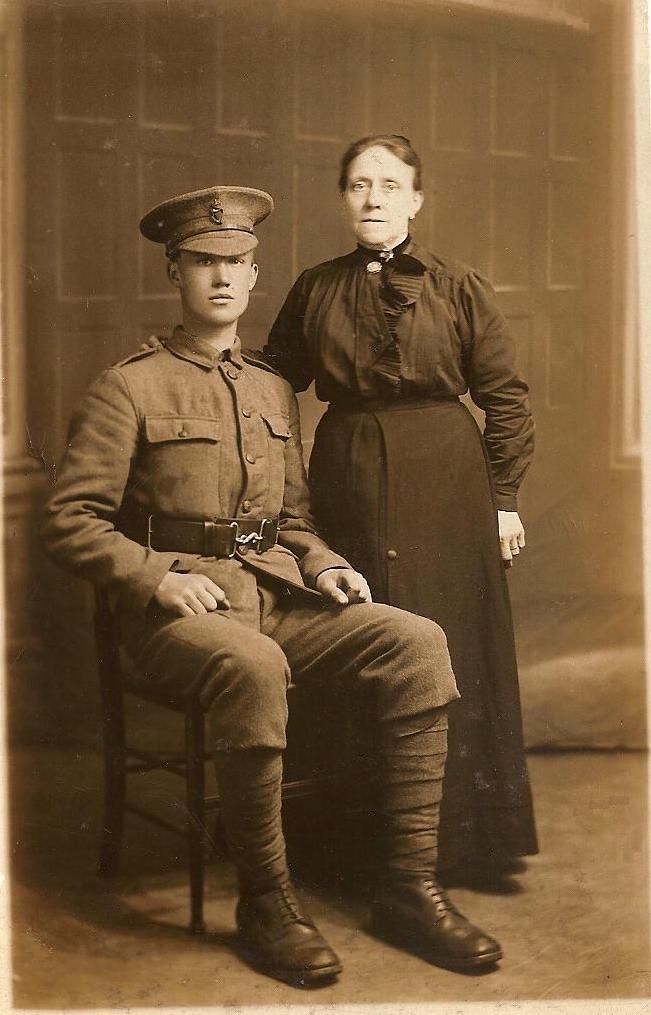 Frederick in his army uniform, with his mother, Elizabeth. (Private collection)

In researching this blog post for our My Tommy’s War series, I had two major advantages. Firstly, I already knew some information about Frederick. Much of this knowledge had been passed down through successive generations of the family and other details had been researched by relatives on my father’s side more recently. 1 Secondly, I already knew about some sources at The National Archives that would be likely to help me find out more about Frederick, because advising people about records held here is part of my job.

Frederick was born on 23 June 1896 in Holborn, in central London, the youngest of at least eight children. His father, George, died when he was very young and his widowed mother, Elizabeth, brought up the younger children alone. Like his father and many of his siblings, Frederick started work in the printing industry when he left school. In the 1911 census, when he was 14 years old, his occupation is stated as ‘reading boy’ for a printing firm. 2

To find out about Frederick’s army service, I started with his entry in the casualty database on the Commonwealth War Graves Commission’s website. As well as his age and the date that he died, this told me the following:

My next step was to check whether I could find a service record for Frederick. Although digital images of the surviving First World War service records for ordinary soldiers are searchable on the Ancestry.co.uk website, about two thirds of the original records were destroyed during Second World War bombing, so I knew that my chances of success were not high. Despite trying all the usual techniques (including searching just by surname and service number, misspelling his surname and using wild cards), I could not locate Frederick’s service record.

I did find Frederick’s campaign medal index card 3 but the only new information that I gleaned from this was that he was awarded the standard Victory Medal and the British War Medal. The code number TP 18/101B given on the card relates to the original medal roll for Frederick’s unit 4 but, as I already knew Frederick’s full battalion number (which would be the only information on the roll that is not also written on the medal index card) there was no need for me to check the roll.

As I wanted to find out what Frederick’s unit was doing when he died, I decided to look at its war diary for May 1918. 5 I found this by searching for “2/18” AND London AND “WO 95” in Discovery, our catalogue. 6 This record has not been digitised, so I worked my way through the original box until I found the correct unit and then the correct month. I took advantage of the fact that we allow researchers to use their own cameras to photograph documents in our reading rooms 7 and took photos of the relevant pages so that I could read them more thoroughly later.

As well as brief ‘diary-style’ entries, the war diary includes appendices in the form of handwritten or typescript reports giving additional information. Although it mentions very few individual men (almost all officers) by name, it includes quite a lot of detail about what the battalion was doing on each day. On 1 and 2 May 1918, 2/18 London Regiment was fighting in the area of Tell Buleibil 8 and Shunet Nimrin, about half-way between the River Jordan and Amman. Formerly known in English as Transjordan, this area is now part of the Kingdom of Jordan.

The diary records that ‘C’ Company was largely kept in reserve on 2 May, having suffered heavy losses the previous day. I cannot be certain, but it may be that Frederick was wounded on 1 May and died of his injuries the following day. 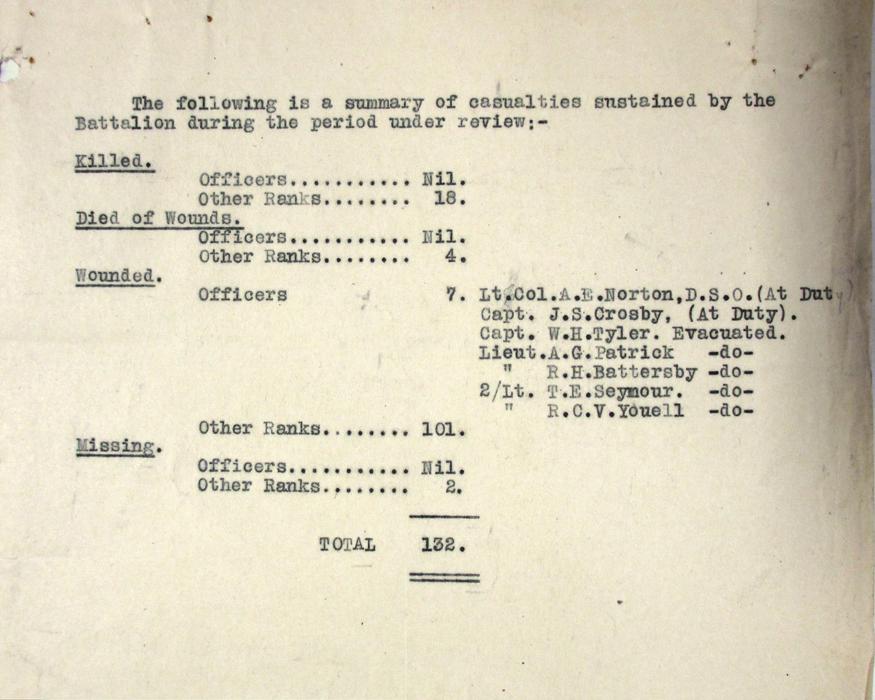 As I did not know very much about events in the Middle East during the First World War, I turned to some published sources in our reference library to help me understand the context of the information that I had found in the war diary. I found the relevant volume of the official History of the Great War 9 especially helpful. 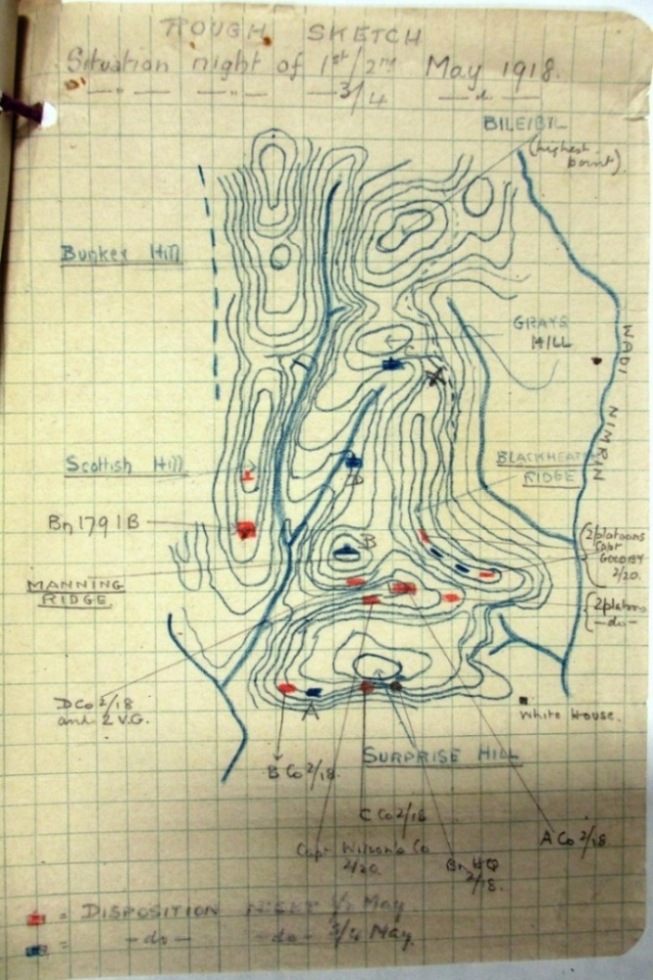 I learned that the activities described in the war diary were part of an wider operation known as the Second Action of Es Salt, or the Second Transjordan Raid, which took place between 30 April and 4 May 1918. 10 A combined force of British, Australian, New Zealand and Indian troops attacked territory on the eastern side of the River Jordan that had been in the hands of German and Ottoman (or Turkish) forces. Initially, the allied forces made significant territorial gains, but by 4 May they had been forced to retreat back across the River Jordan to Palestine. Although the Germans and Ottomans won this encounter, they probably lost more men than the British and their allies did.

As I have a particular interest in our map collections. I also wanted to find out what maps we hold showing the area where Frederick died. Finding First World War military maps among our records is not always easy and can be time-consuming, but I knew that there were three main places to look for relevant maps among our records:

I was lucky and found something in all three places.

The map within the war diary is a detailed sketch showing where troops were stationed near Tell Buleibil. 11 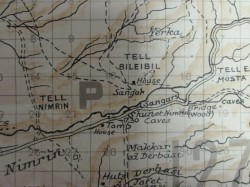 War diaries often refer to specific named or numbered printed map sheets, and sometimes they even mention precise grid references. In this instance, the diary refers to a map at the scale of 1:63,360 (1 inch to 1 mile) with the title ‘Composite Map East of Jordan (Es-Salt)’ several times, but without specifying grid references. I found a copy of this map in the WO 303. 12 In the same series, I also found a larger-scale (1:40,000) map of the area 13 but there is little difference in the amount of detail shown.

In the WO 153 series, I found a much smaller-scale (1:250,000) map showing the general disposition of forces of different nationalities throughout Palestine and surrounding areas. 14 This is a fascinating map to look at but would probably be more useful to military historians than to people researching an individual ancestor.

If you want to research a British soldier who died during the First World War, the following research guidance pages on our website are helpful places to start:

Relevant podcasts available on our website include Tracing battalions or regiments and The final whistle. 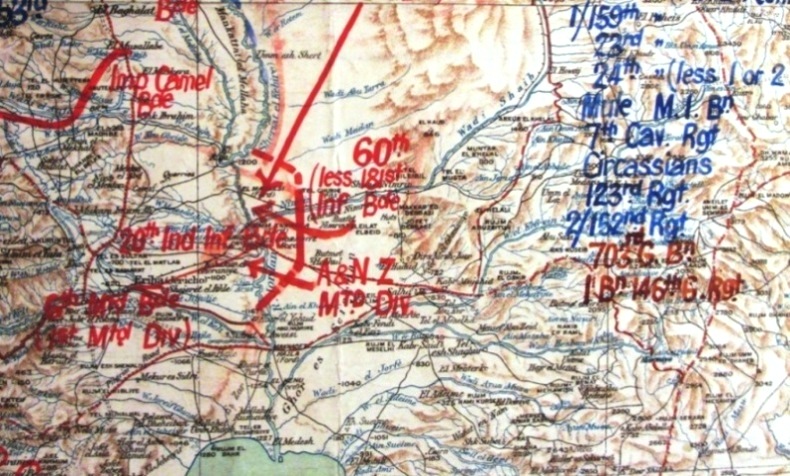 Detail from a much larger map showing the distribution of forces in the area. 60th Division included 2/18 London Regiment. (Reference: WO 153/1040 item 9)