Keeper’s Gallery: the Treaty of Versailles

The treaty being installed in the central section of the gallery

This is a new series of blog posts on The Keeper’s Gallery, the onsite exhibition space at The National Archives. Each post will feature a document that has recently gone on display in the gallery.

The Keeper’s Gallery offers an excellent starting point to a visit at The National Archives as it provides a taster of the variety of records we hold here. Among the wide selection of treasures the gallery showcases are records relating to family history, spies, suffrage, war and the Empire. The name of the gallery comes from the fact we have a ‘Keeper’ at The National Archives who is the guardian and head of the archive.

The gallery is permanent, but we regularly change the documents on display so there is always something new and interesting to look at. The gallery is free and is open Tuesday to Saturday from 9am to 5pm.

The Treaty of Versailles, 1919

As part of our anniversary commemorations for the First World War we recently put our certified copy of The Treaty of Versailles on display in the gallery. The treaty concluded the First World War when it was signed on 28 June 1919 by Germany and the principal leaders of the Allied countries. The original treaty was destroyed on orders from Hitler when Germany occupied Paris during the Second World War. Our certified copy was produced at the same time as the original. 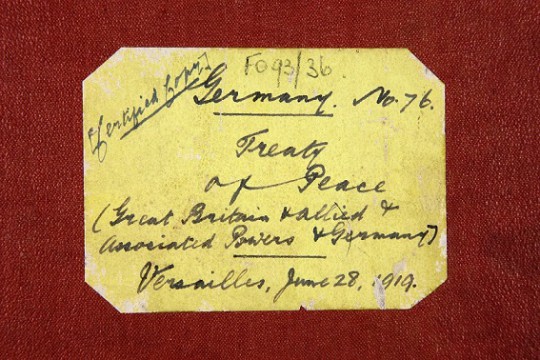 The Treaty of Versailles was the result of six months of negotiations at the Paris Peace Conference, at which Germany did not take part. Its main aim was to ensure Germany would not have the resources and manpower to stage another war on such a global scale. 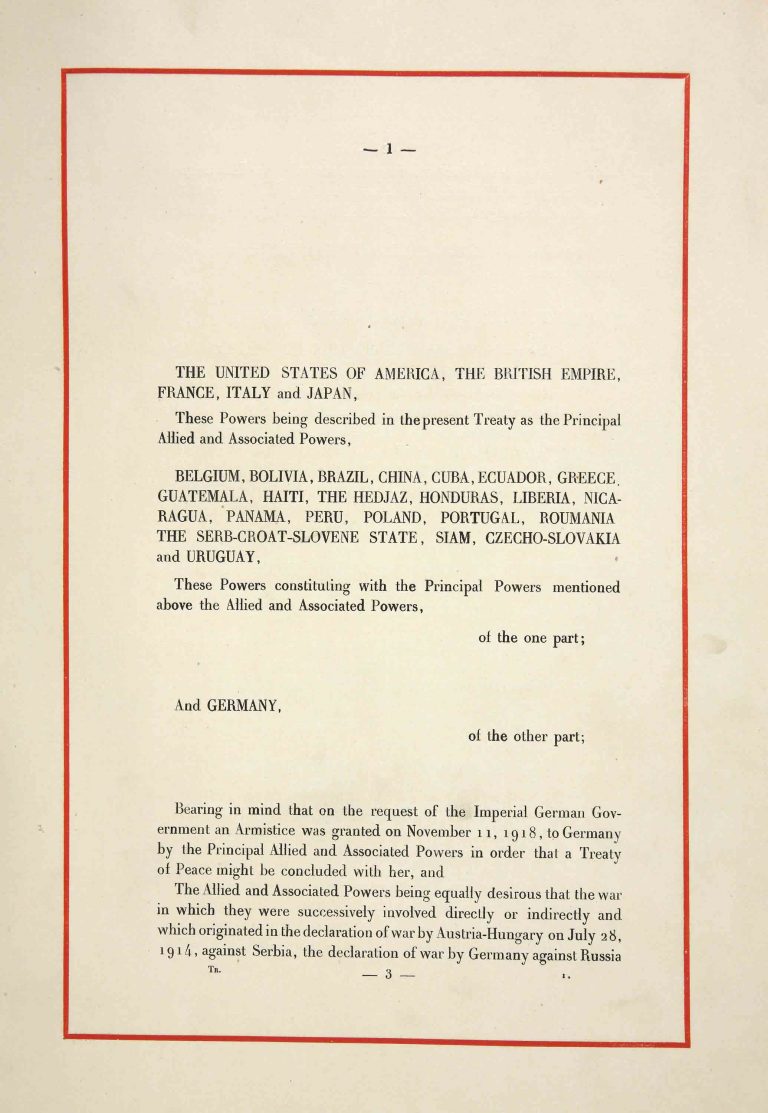 The opening paragraphs of the treaty which is viewable in the gallery, FO 93/36/76

A much reduced and demilitarised Germany was expected to pay an initial sum of 200,000,000 gold marks, as well as reparations and restitution in terms of cash, livestock and mineral resources. Germany would lose all of her colonies and had to accept trade restrictions. To guarantee that Germany would meet the terms of the treaty, zones of occupation were to be set up in Germany with phased withdrawals when key milestones had been met. 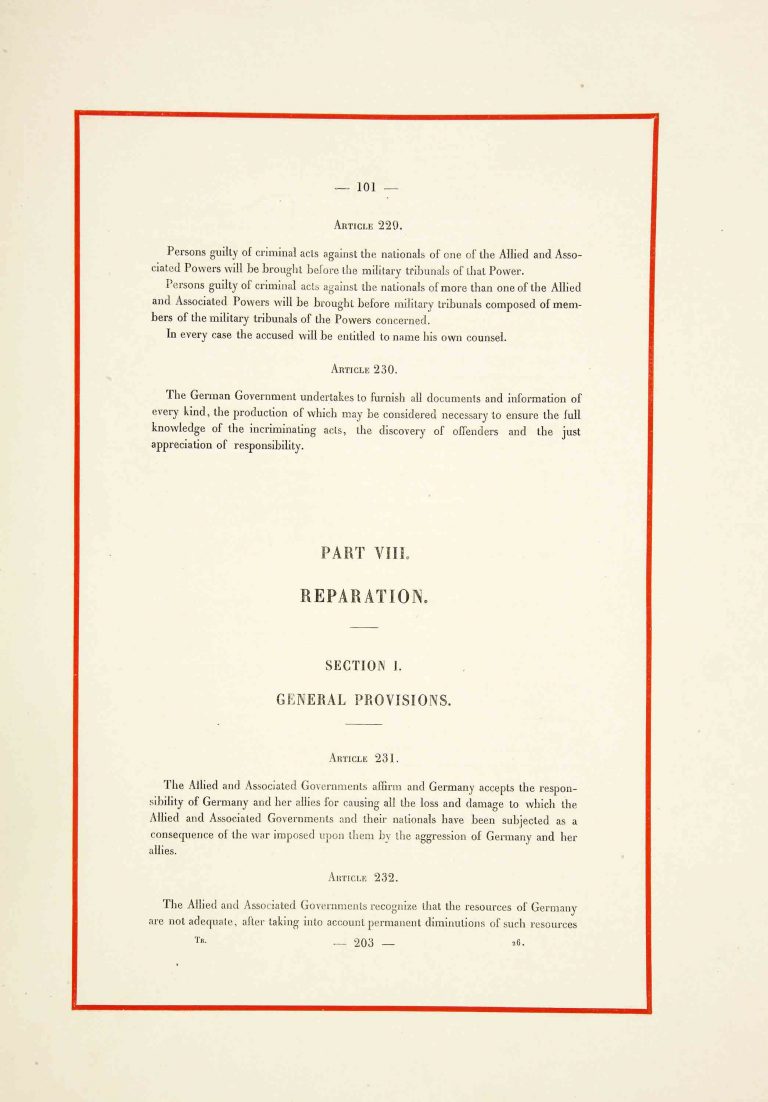 This page shows the reparation section of the treaty, FO 93/36/76

The treaty was very badly received in Germany. As well as imposing crippling penalties and targets, Article 231 (the war guilt clause) expected Germany to accept responsibility for the war and the damage it caused. Separate peace settlements were signed with Austria, Hungary, Bulgaria and Turkey.

Our copy of the Treaty of Versailles will be on display in the Keeper’s Gallery until December 2014.