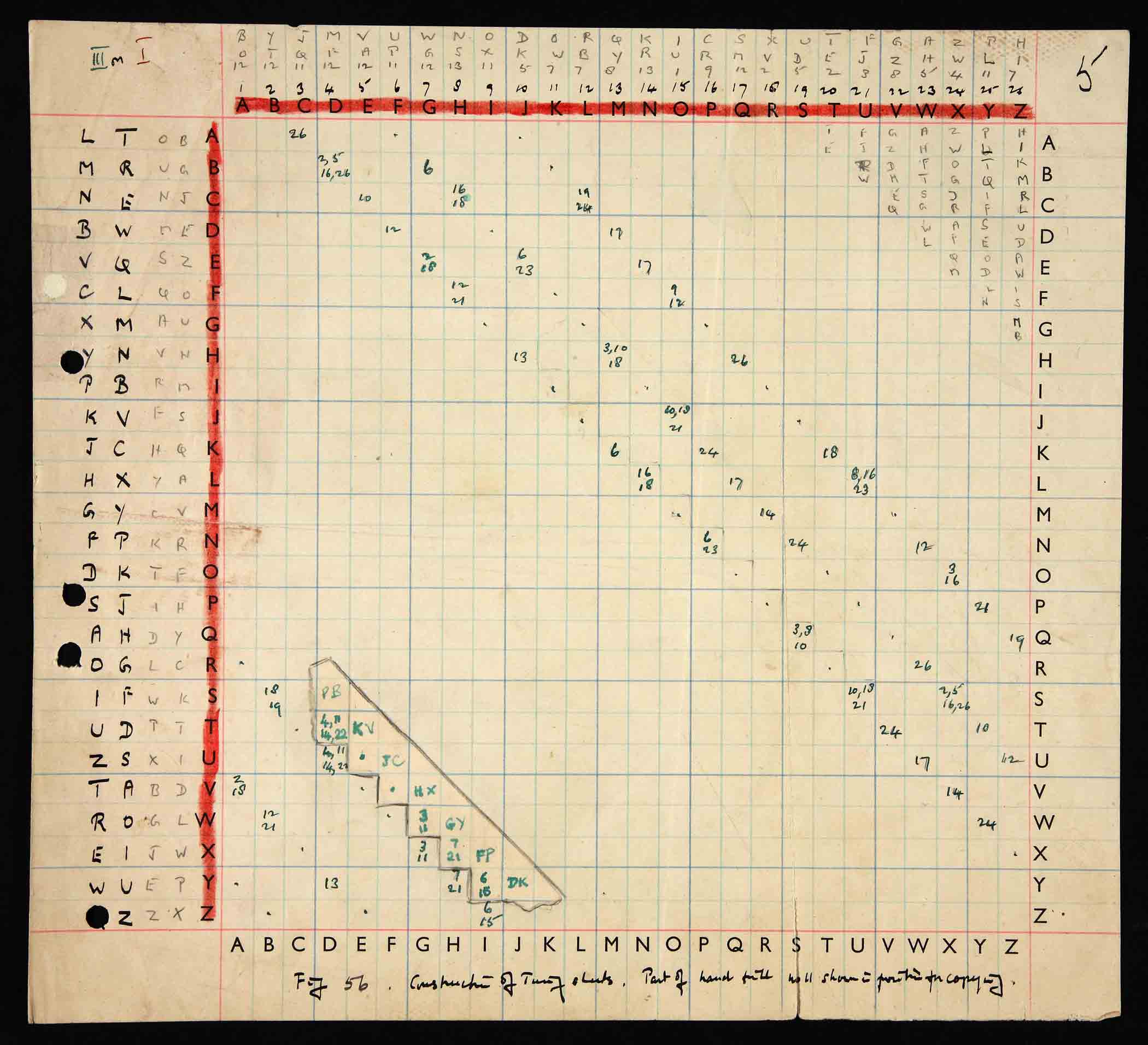 Alan Turing. A name you might be familiar with.

The mathematician with a penchant for puzzles and a craving for complex conundrums.

The hero that made the single biggest contribution to the Allied victory in the war against Nazi Germany, according to Winston Churchill: a contribution that shortened the Second World War by two years.

The genius whose work at Bletchley Park led to the creation of your computer, your phone, not to mention tablet PCs and the many other devices that evolved from the breakthroughs in computer science that he made.

Even if none of this rings any bells as you read it, you can’t have missed the hype around The Imitation Game: the film depicting Alan Turing’s life and work on decrypting Enigma. Benedict Cumberbatch’s portrayal of Turing is fantastic – I urge you to go and see the film while you can, because it is the best historical film you will see all year.

Of course, films, not unlike academic papers or family histories, require a great deal of research – particularly with eagle-eyed viewers who are keen to point out mistakes. But how can any type of researchers – film, personal or academic, hope to get anywhere with their research if we don’t manage our information properly?

If you want to operate with fluidity and efficiency it is essential to keep your files and papers well organised. Although, having said that, I recently read in one of our files that according to one of his colleagues at Bletchley Park, Turing was untidy with a tendency to lose things and was all in all not a ‘practical man’ (HW 25). But I digress. We all know that, usually, good information management is the key to efficiency and it’s also important to enable researchers of the future to make sense of what happened in the past. Without good information management, important historical events like the breaking of Enigma may never be able to be translated into films like The Imitation Game. History can need a great deal of deciphering and figuring out at the best of times, and that’s when it’s organised and laid out in front of you!

As a Transfer Adviser, one of the most complex problems that I come across on a regular basis is the naming of historical records. I have to ask myself questions like: what do these files contain? What do these files talk about? And, fundamentally, what was it originally called – what’s on the cover? I have to take everything into account about this one file and its context within a series of files and give it a name that needs no further deciphering by you, the reader.

While it’s admittedly not a problem with anywhere near the same level of complexity or consequence that Alan Turing and his colleagues at Bletchley Park faced, it certainly is an important one. Sometimes it can be a real head-scratcher. I’ve seen files that use a lot of jargon that may not make sense to readers who are new to the files, files that use just one word that does not fully explain their contents, files that have no title, and even files that have no cover! In theory, these challenges should not exist. But they do, and this highlights the importance of information management, even with something as seemingly basic as naming files. Imagine if all of our files had no title, no order, no preservation work carried out on them. I can tell you now, I’ve seen files like that and it is not a pretty sight. But I’m not complaining; without these challenges, the job would be far too straightforward for my liking.

So, if you ever wonder why information management is important, think about this: without my fellow Transfer Advisers to guide government departments through cataloguing, preparing and sending their historically valuable records to The National Archives, such information would be practically impossible to locate and use. If this were the case, how would we ever find out about our history? To cut a long story short: we wouldn’t. Unless you or I were prepared to wade through a vast ocean of paper to find our historical gems, history would be lost. And as I’ve mentioned, we have to endure a great deal of wading even when records are well-organised. Furthermore, we wouldn’t be able to go to the cinema and see awesome historical films like The Imitation Game or any other powerful stories based on the past.

Files surrounding Turing and the decryption of enciphered messages during the Second World War are available at The National Archives under the HW series, Records created or inherited by Government Communications Headquarters (GCHQ), with a more detailed breakdown in the General records of the Government Code and Cypher School (GCCS).