A sign in the supermarket yesterday advised me that there were only eight sleeps until Christmas. With that in mind it seemed like a good time to write a post with a festive theme. 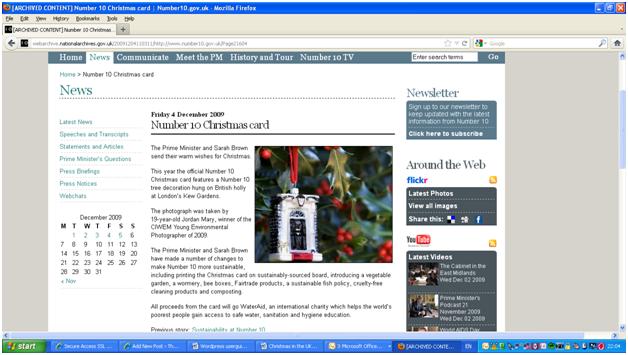 The image above is taken from the website of the Prime Minister’s Office which was archived in December 2009. It shows the image chosen for the official Number 10 Christmas card that year.  The accompanying text explains some of the changes the then Prime Minister, Gordon Brown, and his wife made to make Number 10 more sustainable. I think the historians of the future will be interested to see the importance placed on sustainability and the environment.

The web archive also contains several accounts of members of the armed forces celebrating Christmas overseas. In January 2005 we archived the page illustrated below from the website of the British Army. It describes members of 21 Engineer Regiment taking part in a festive ‘Scrap Heap Challenge’ activity while deployed on Operation Telic in Afghanistan over Christmas 2004. 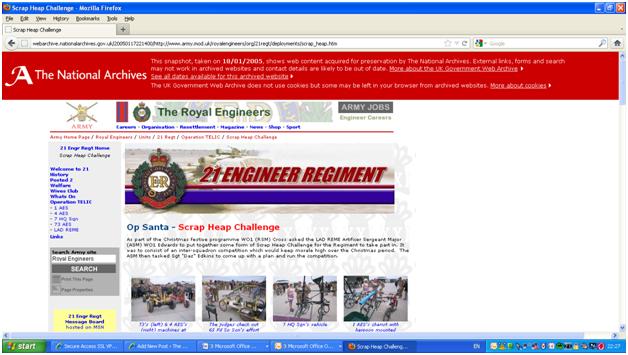 The page includes many images and provides a valuable record of how some service personnel deployed overseas celebrated the festive season. I find it particularly interesting that the activity was inspired by a popular television programme. I wonder how many people will know what ‘Scrap Heap Challenge’ was in the future.

Along with accounts of Christmas celebrations, the web archive also contains resources demonstrating how government organisations have tried to protect citizens from some of the potential pitfalls of the festive season.

In December 2010 the Food Standards Agency published ‘Turkey Tips for Christmas’ which aimed to help people ‘keep the festive period free from the misery of food poisoning.’ 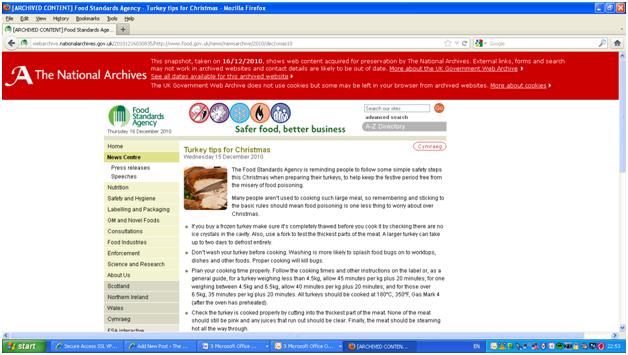 A year earlier in December 2009, Consumer Focus advised consumers not to ‘let dangerous gifts spoil your Christmas’ in this news item which we archived in July 2010: 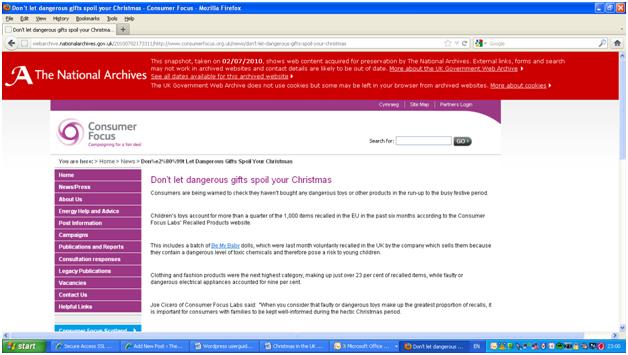 Drink driving is another area of concern for the government around the festive season. This page archived from the Department for Transport website in July 2011 provides details about anti-drink driving campaigns during the Christmas period of  2009 and 2010. It includes details of the strategy behind the campaigns, the results and a link to recent adverts hosted on the Directgov website.

Finally, Christmas in the UK would not be the same without Father Christmas. Here are some images of the great character from the collection of the Victoria and Albert Museum which we archived from the museum website in May 2010: 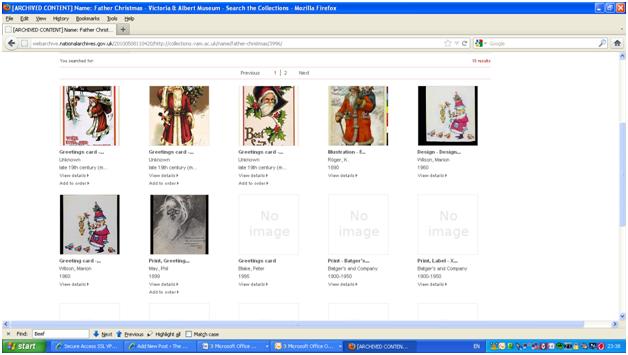 That brings me to the end of my final blog post of 2012. I hope you enjoyed reading about the UK Government Web Archive. We are looking forward to bringing you news of some exciting new developments in 2013. Have a wonderful festive season!