Files on follicles: five of the best

This post marks the end of what has hopefully been an interesting foray into the follicles on file here at The National Archives. Kicking off way back in November with facial hair and various contraptions to preserve its integrity, you’ve been taken on a whistle-stop tour of our hair-related records – from anti-hippy laws and ‘hair sniffers’ right through to how to preserve your hair if you ever feel the need to archive it for the benefit of future generations.

During the research process, it has been quite challenging to choose which records to feature. As you can see from our Pinterest board, there are plenty of them! As a farewell gift to you, my avid hair readership, I have selected five records from our collections that haven’t been featured thus far, but that I feel really should have been. Enjoy 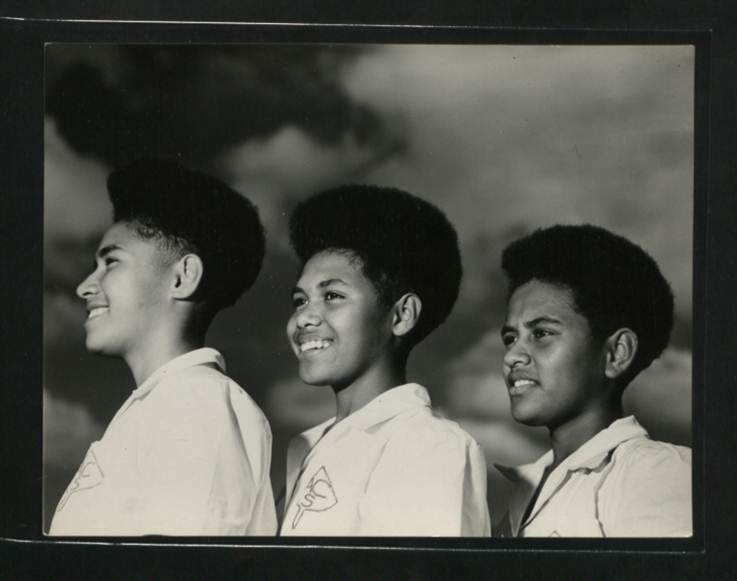 I love this image for many reasons. It is dated somewhere between 1950-1953; Fiji was not to gain its independence from the Crown until 1970, but there’s something very aspirational about this image – almost as if these young ladies knew that decolonisation was coming, and had a plan in place for what to do when it arrived. And, of course the Afros… and the photography. Amazing.

2. The man in the mirror 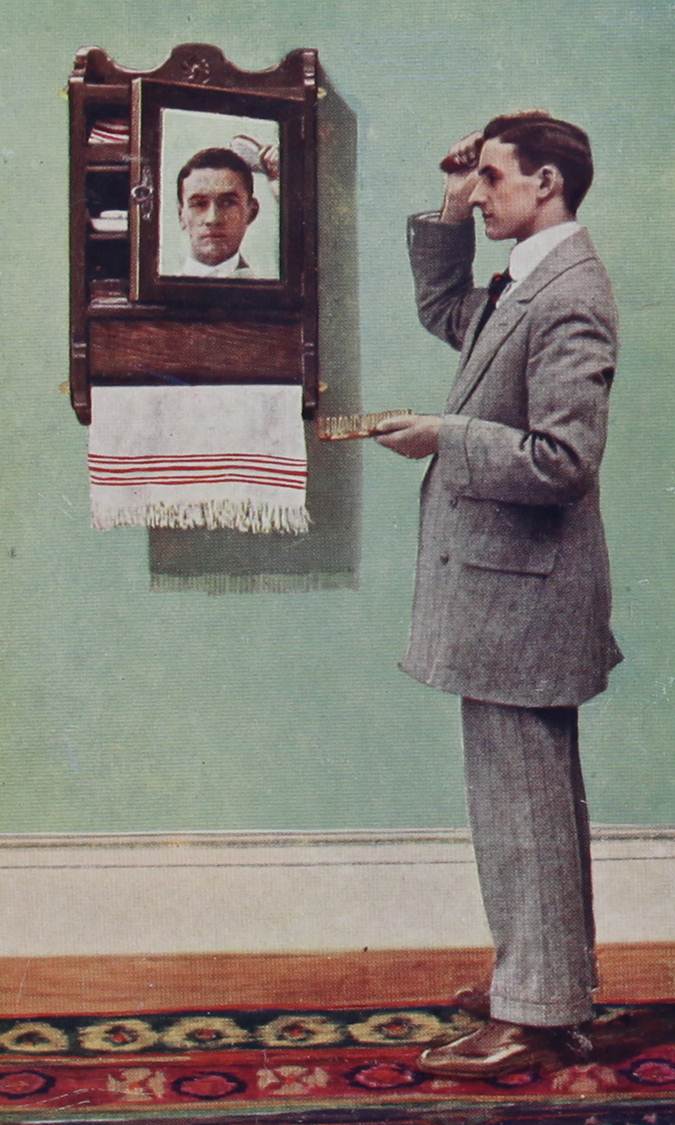 There is something rather arresting about this image taken from our series of photographs and other graphic art registered at Stationer’s Hall. I’m not sure whether it is the colour palette of the image, the seriousness with which the image’s subject approaches his grooming regimen, or the fact that the angle of reflection of his face in the mirror is a physical impossibility, but it is an image I have returned to again and again over the course of the project. The copyright of the image was registered to one Israel Cohen, trading as the ‘Toilet Cabinet Hire Company’. I’ll leave it for you to work out why one might want to hire (as opposed to buying) a toilet cabinet. Answers on a digital postcard please.

3. Patience is a virtue 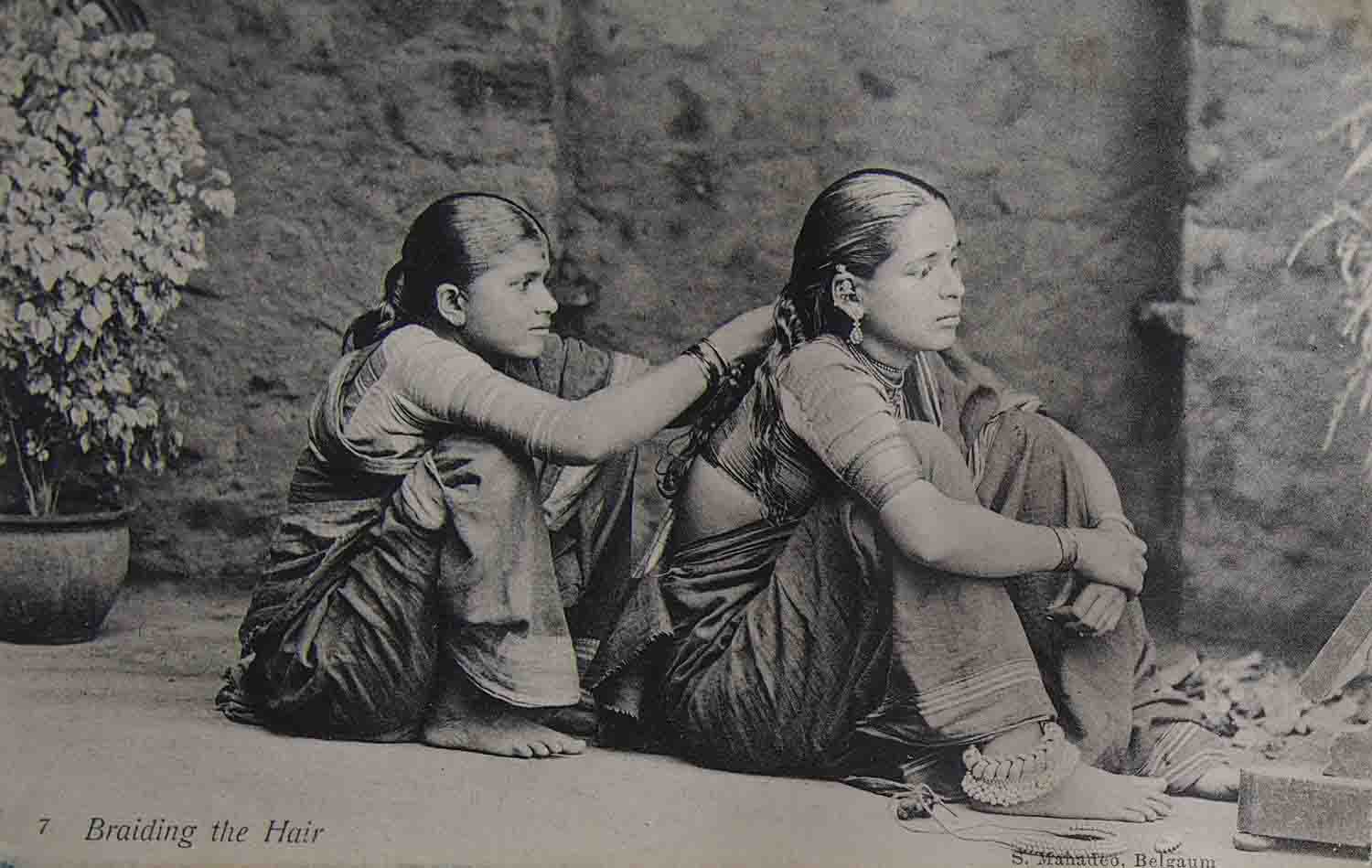 Going back to my post on African hairstyles, this image reminds me of watching my sister getting her hair plaited as a child. Despite the intent concentration of the plaiter, the look on the plaitee’s face is pure, undiluted boredom. Fortunately for my sister, she had a television with at least four channels (it was the 1980s after all) to diffuse the tedium. Unfortunately in Belgaum, India in 1909, when this image was registered, no such antidote was available. I’m sure the finished look was worth the wait. 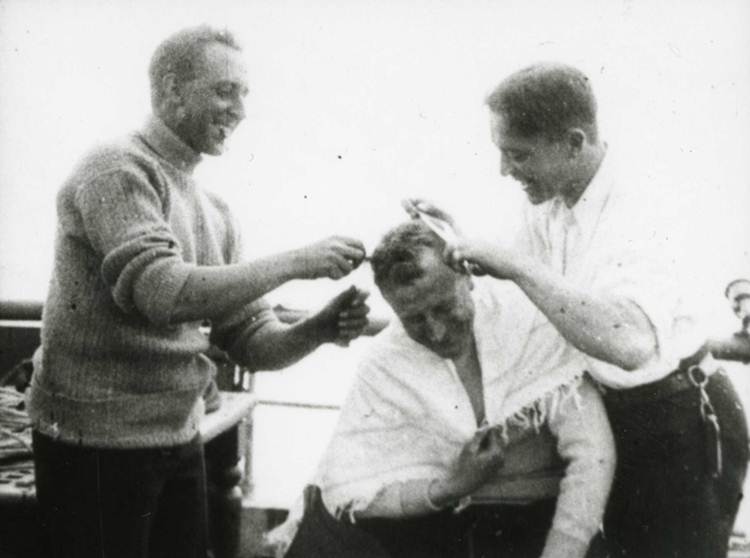 This is an image which, under the light of retrospection, is tinged with sadness. Three of the 65 men who manned Captain Scott’s tragic expedition to the South Pole in in 1911 enjoy the collaborative process of sculpting a short back and sides. Little did they know that in just a few months’ time, not only would they discover that Norway’s Roald Amundsen had beat them to the Pole, but that all 65 of them would perish on the journey back home.

5. Keep it under your hat 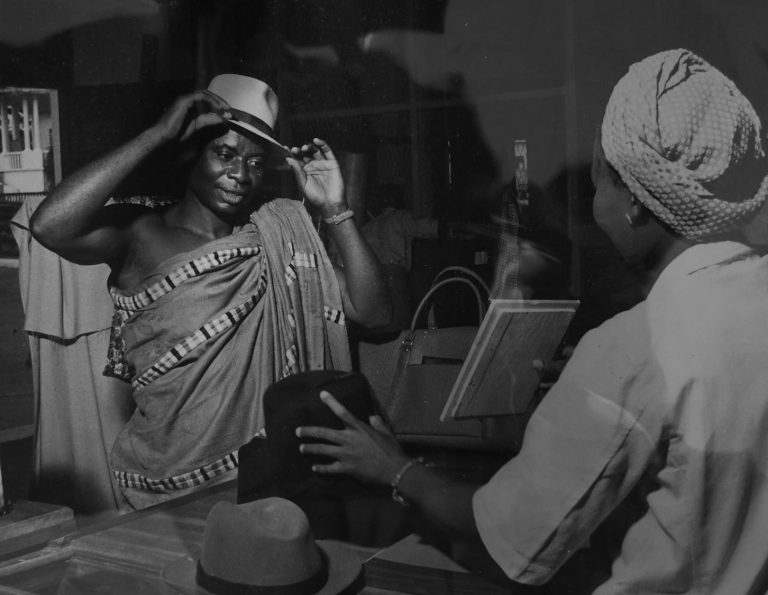 Gold Coast. ‘Mr Akwasi Kuh buys a hat at the central store of the Kumasi Co-op. He is secretary of his village co-operative society which handles farmers’ cocoa as well as supplying retail requirements (catalogue reference: INF 10/117/28)

This last image is not so much about hair but the absence of it. What does it mean to cover your hair and what message does the head gear you choose to cover it with put forward? This image is dated somewhere between 1942 and 1957. The Gold Coast received its independence in 1957, becoming the independent state of Ghana. For me, the juxtaposition of Mr Akwasi Kuh’s Trilby hat with his traditional robes make some sort of symbolic statement of what was to come. The aspirations of the Ghanaian people to retain their culture whilst simultaneously developing their internal economic structures. Hats in the archives – there’s a project in there somewhere.

Sadly, that brings this particular series to a close. Who would have thought there was so much hair hiding in the archives? I hope that at the very least, this series of posts has brought to your attention some aspects of The National Archives’ records which you may not have previously considered, and in doing so, has provided inspiration for you to mount your own themed searches to see what you can uncover. Remember – Discovery is your friend!